W. L. Zimmerman And Sons spans five generations and has been in continuous operation longer than any other store in Intercourse. Dating from the time that William Howard Taft was president of the United States and even before Arizona and New Mexico achieved statehood, the general store on Old Philadelphia Pike has been owned by the Zimmermans.

Their family originally came to the United States around 1720 as part of the Anabaptist emigration from Germany and Switzerland, settling within six or seven miles of the Intercourse area.

“We know a general store existed here at least as far back as 1875,” said Jim Zimmerman, one of the former owners. Previously, it was the I. K. Diller General Store. The present building was constructed in 1983 after its predecessor was destroyed in a fire.

Jim’s great-grandfather, Ezra, had a farm one mile north of Intercourse. One of his sons, Willis, did not want to be a farmer, so his great-grandfather visited the store one day to use the telephone, at the time the only one in town, seeking a business to purchase for his son. The storeowner heard his conversation and said that he was willing to sell his business. The result was a family business that has now spanned five generations.

“My great-grandfather purchased the house next door to the store for a retirement home for himself,” Jim said.

His grandfather was only 22 years old when he became proprietor of the store in 1909. At that time, one side of the store was a residence and Jim’s grandfather lived there with his wife after he married. The area currently used as an office for the business was Jim’s grandparents’ kitchen. 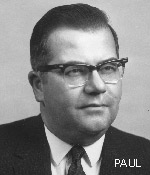 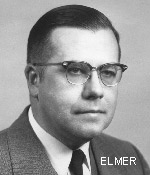 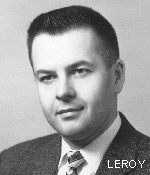 When his grandfather died in 1943, his sons, Paul, Elmer and, in 1948, Leroy, became the owners. During a very active life, Jim’s great-grandfather is credited with helping to organize the Intercourse Electric Company and building a garage to service automobiles, a factory for a knitting mill, a corn drying plant, and two dwellings, as well as modernizing three farms. 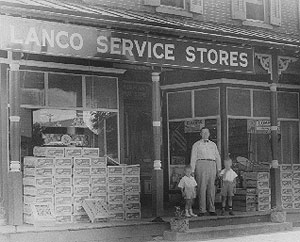 A major event in the history of Intercourse was the fire in 1892 that destroyed many of the old wooden buildings in the town, including the grocery store, which was rebuilt in 1893 prior to its purchase by the Zimmermans.

“We still have three of the original wooden stools,” Jim said.

The first addition to the store was constructed in 1937 when a wing was added on the rear to enclose an elevator.

“It was a freight elevator that went from the basement to the attic,” Jim noted. He can recall hauling the elevator up and down by means of a rope when he was young. When Jim’s father and uncle were the proprietors new equipment was installed so the elevator could be operated electrically.

“They bought the machinery out of an old demolished building and had it installed,” he said.

Bulk flour and other grains, cereals and barrels of coffee were kept on the upper floors. A metal floor was installed to keep out mice and other vermin.

Jim recalls that when he was young they still had coffee barrels, although they also sold coffee in bags at that time.

The basement of the building was used for the storage of coal, which was also part of the store’s merchandise.

The next change took place in 1960 when Jim’s grandmother moved from her house and the retail area was enlarged. 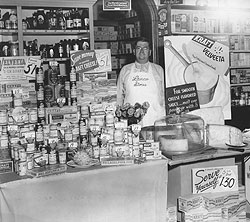 Self-service was unknown in the earlier part of the 20th century, and clerks behind the counter waited on customers, reaching boxed and canned items from shelves and weighing out many products.

“We didn’t have a deep freezer,” Jim recalled. “The only frozen food we had was ice cream once a week.” He noted that dry ice was used to keep it frozen.

Now mainly a grocery store on the first floor, the store had shelves of material along one wall when Jim was young, especially for the convenience of the many Amish customers. There are still non-grocery items, such as cards and stationery, on the second floor.

“We had an extensive display of dry goods,” he recalled. They also sold clothing such as shoes, hats, and other items. 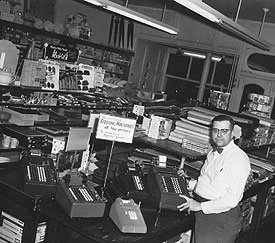 A rather unusual item that was sold by Zimmermans until 1950 was dynamite.

“Farmers used it to blast out stumps or open up cesspools,” Jim said.

The dynamite was stored in an unlocked box outside back of the store, and there was never any problem with theft.

“We never had to lock our doors,” Jim recalled.

In 1952 frozen foods such as orange juice, lemonade, frozen fish and ice cream were added to the merchandise.

“That was the start of self-service,” Jim noted.

Zimmermans has been purchasing items in bulk and bagging them at the store for many years but increased the number of items after this type of merchandising regained popularity in the late 1900s.

“When oat bran became popular, we couldn’t keep it in stock.” Jim said. 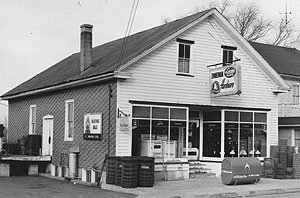 In 1928, his grandfather purchased an old tobacco warehouse (built in the 1870s) two doors west of their general store in 1928 from L. J. Denlinger and renovated it, turning it into a hardware store.

Willis bought out his grandfather’s share of the partnership in 1931.

In 1941, Willis took his two sons, Elmer and Paul, into the business, and it became W. L. Zimmerman and Sons. Paul was interested in selling fuel, expanding Zimmermans business once again in 1937. The Zimmermans purchased a tank placed on stilts to hold the fuel and a truck with three compartments to deliver it. They filled the compartments on the truck by gravity, delivering the different types of fuel to customer’s homes.

“The kerosene was popular with the Amish for lights,” he said, adding that the next addition to the store was service for the heating and air conditioning equipment they sold.

In 1948, a younger brother, Leroy, was also taken into the partnership.

Jim and his brother Bill became the owners of the store in 1974. Then, in 1996, they took Kristine Shirk, Jim’s daughter, into the business with them. 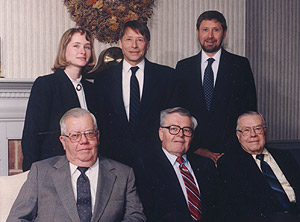 June 1984 was a time that Jim will never forget because that is when Hollywood came to this small, rural town in Pennsylvania. “Witness,” starring Harrison Ford, was being filmed in Lancaster County and Jim received a request that the film company be allowed to use his store in the film. The request was made just one week before the event was to occur.

Jim expected that it might be hectic for a brief period, but he did not expect the buses, equipment and van used as a kitchen, plus the huge number of people. It took two days to film the scenes.

“They stopped traffic on Route 340,” Jim recalled, “and my customers couldn’t get in.”

Some of his Amish customers were upset because Jim allowed them to use his store in the film, so his dad placed an ad in a local Amish newspaper stating that they regretted any stress they had caused. The national newspapers picked it up, and he received phone calls from all over the nation.

“It all passed over in a short while,” he said, noting the film brought fame and fortune to the town.

The film generated a lot of interest in Intercourse for at least three years and some people still stop by and ask, “Is this the store?”

Throughout the 96 years the Zimmerman family has owned the business, Jim said, they have stayed with the same solicitor and the same bank. Good legal and accounting advice, as well as good employees, he believes, have helped to make it a successful business.

Explaining how the family has worked together successfully through the years, Jim said, “We were taught that nothing is worth a family fight. We work things out.” 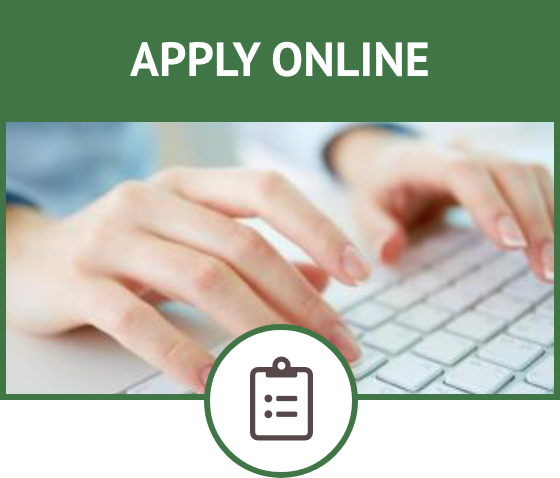 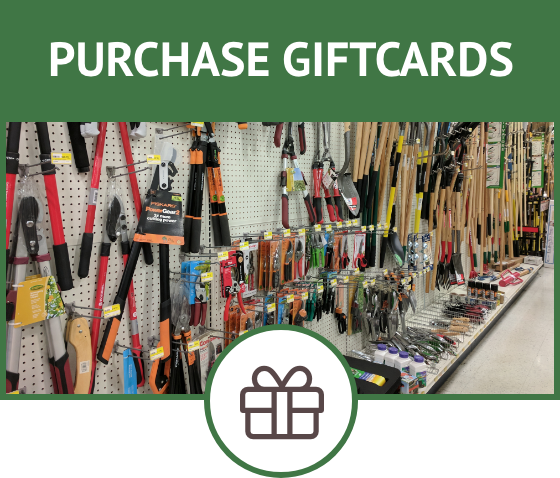 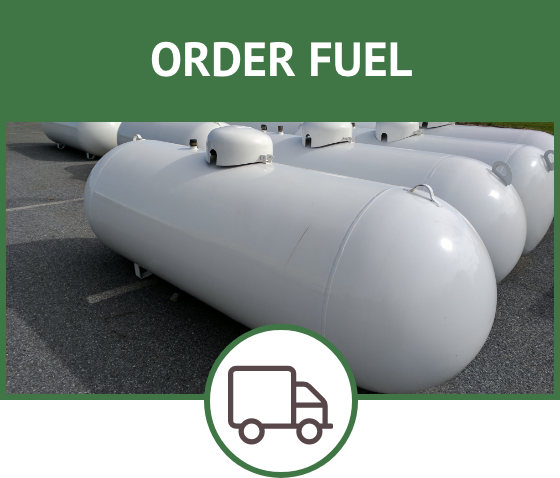 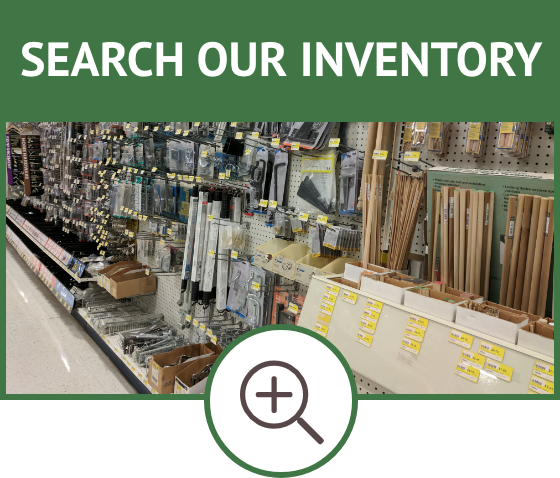 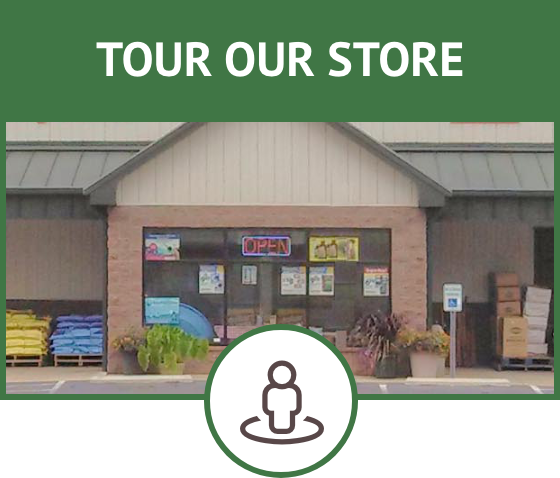